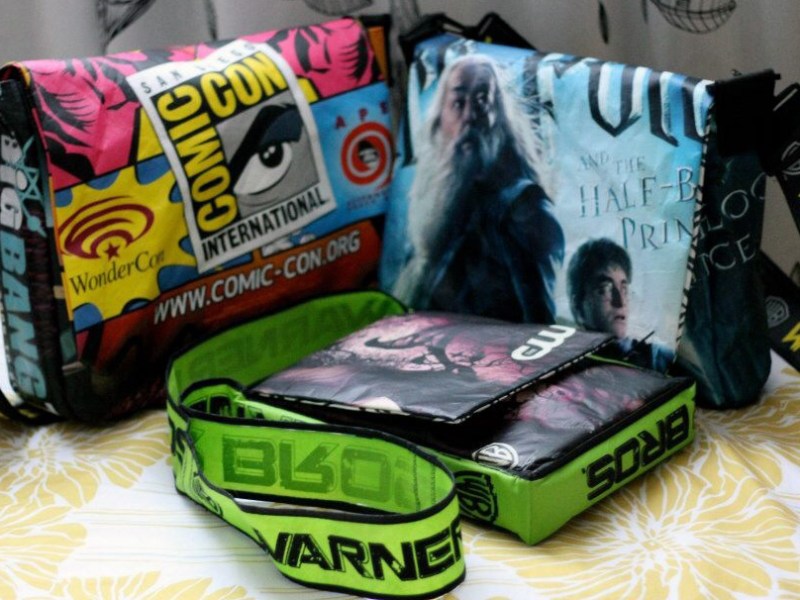 With San Diego’s Comic-Con fast approaching, I felt it would be a good time to give a humble (Ha!) shout out to myself in this month’s blog. Those of you who have had the privilege of attending the Con are familiar with the unwieldy bags they hand out when picking up badges. Typically, they are branded with colorful, bold graphics that represent pop culture and entertainment that is relevant (and sponsored) at the time the Con comes to town.

In the registration hall, the bags are folded up with the backside showing so the front design is a mystery until the volunteer hands you one. Not everyone is pleased with what they’re dished out and sadly they don’t allow you to trade it for another design. If you ever find yourself in that situation, rest assured, many people are on the lookout for other attendees who want to trade bags. Last year, I picked up my badges and was handed “The Flash” bag. A couple of lines over, there was a little boy with his father. He was handed a “Lucifer” bag. I immediately saw the disappointment on his face and his father looked helpless. I hurried over to them and asked the boy if he would like “The Flash” bag instead. He joyously accepted and his father was extremely grateful. So in some superhero kind of way, I’d like to think I was there to save his day!

While Comic-Con bags have gotten smaller over the years, they are still an odd size that can look somewhat hideous when you wear them as a backpack. They’re meant for storing whatever knick-knacks and freebies you get while at the event. It’s all good when you are there. But what happens when the Con is over and you’re left with this huge bag? Well, I know some people use them to store laundry. Some just fold them up and never look at them again. As a designer, I knew there was a better solution.

So for the last five years, I have been repurposing my old Comic-Con bags into smaller, more manageable-sized bags. I try to be conscientious about how I cut up the original bags so that the art falls in the right place on the repurposed bags. I think they’re fun and I love to see people’s expressions when I gift them with one!

Take a look at how these original bags have evolved into zippered pouches, cross-body bags and messenger bags. 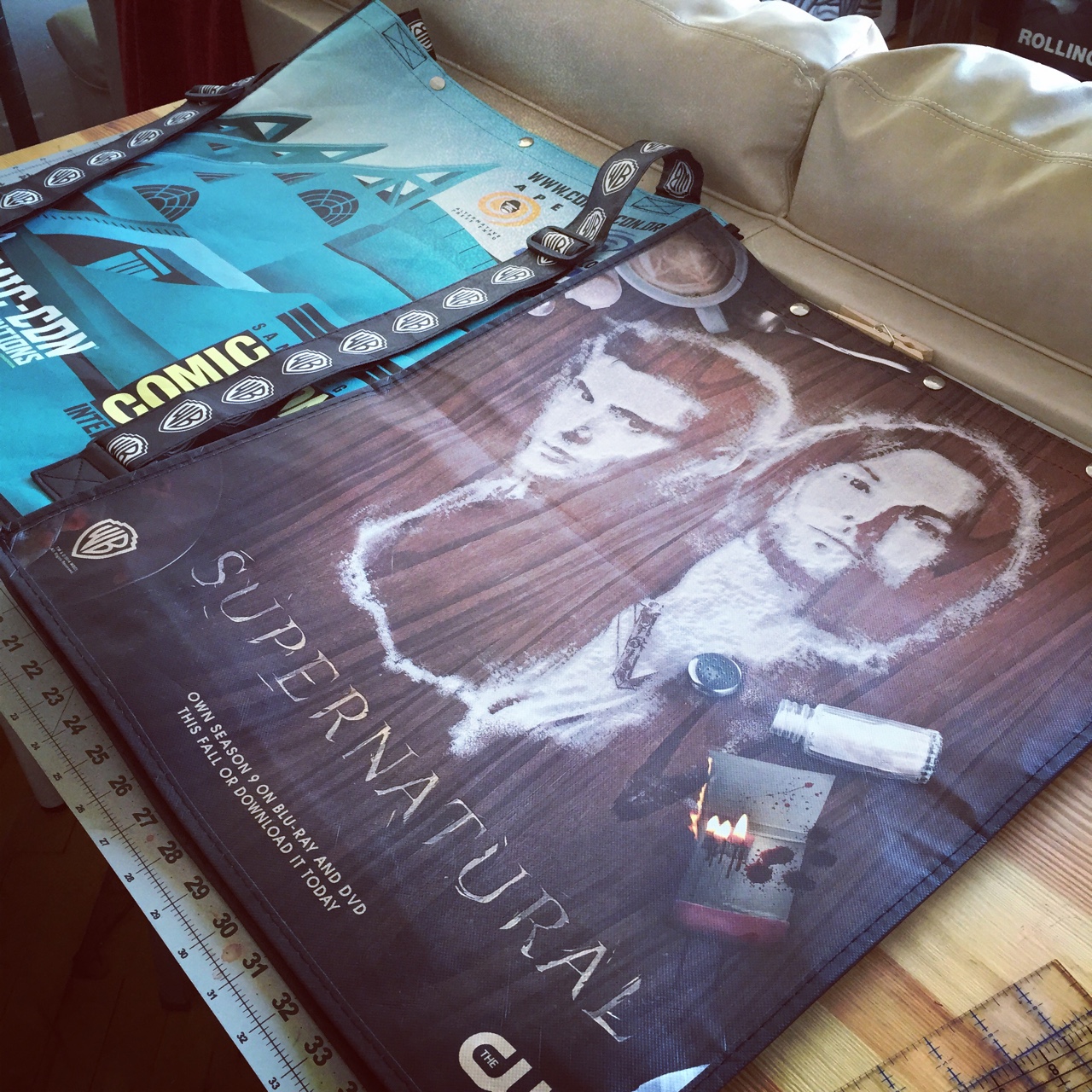 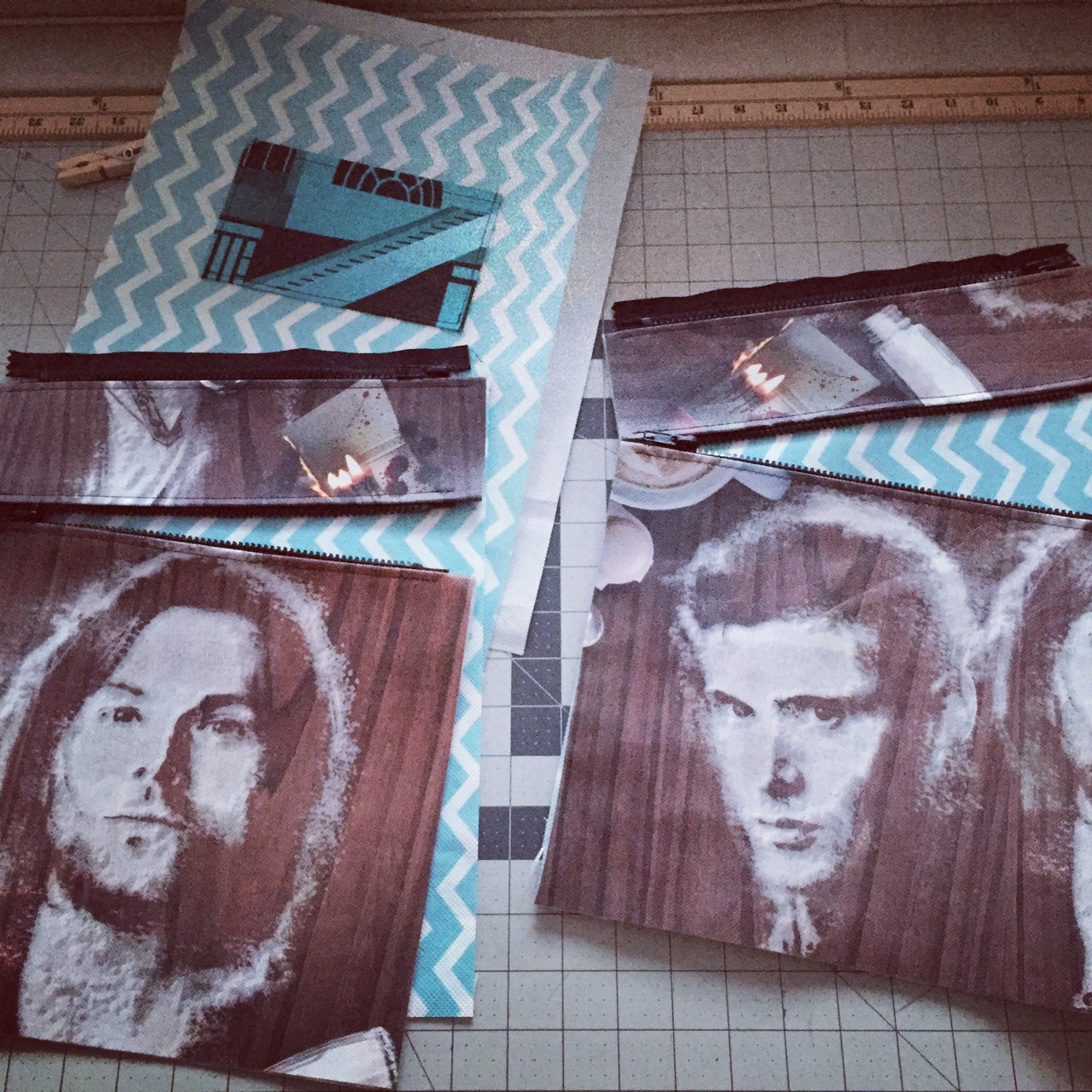 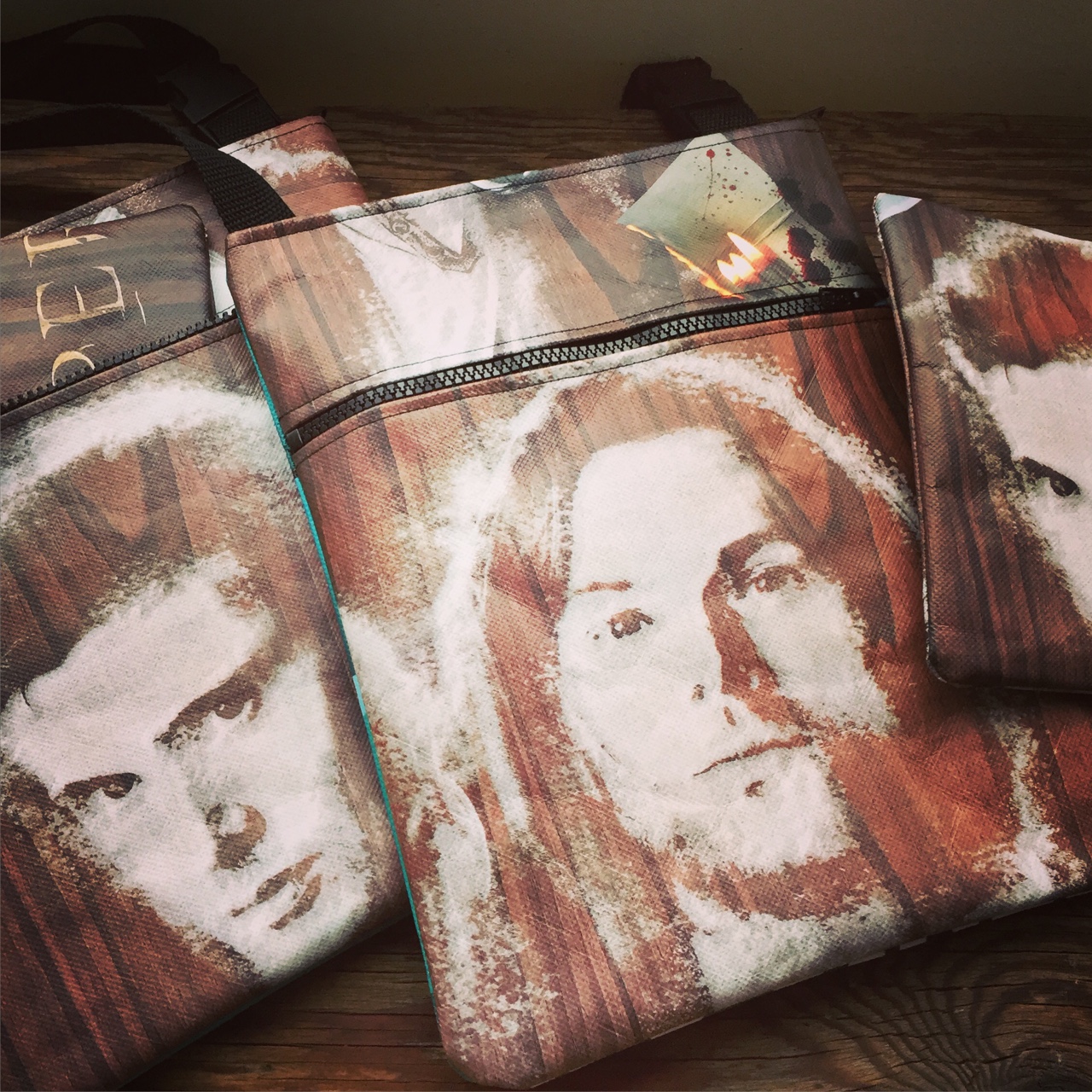 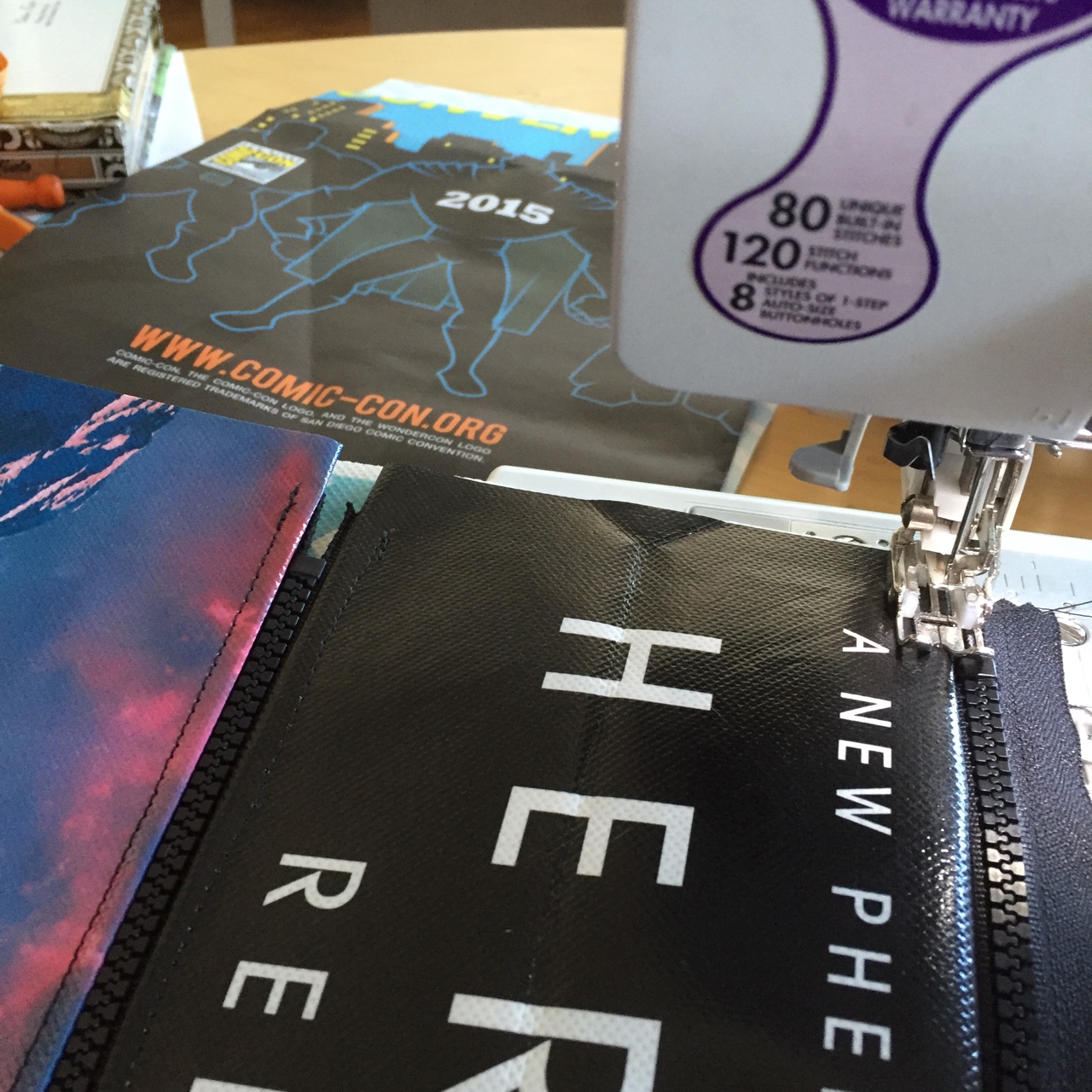 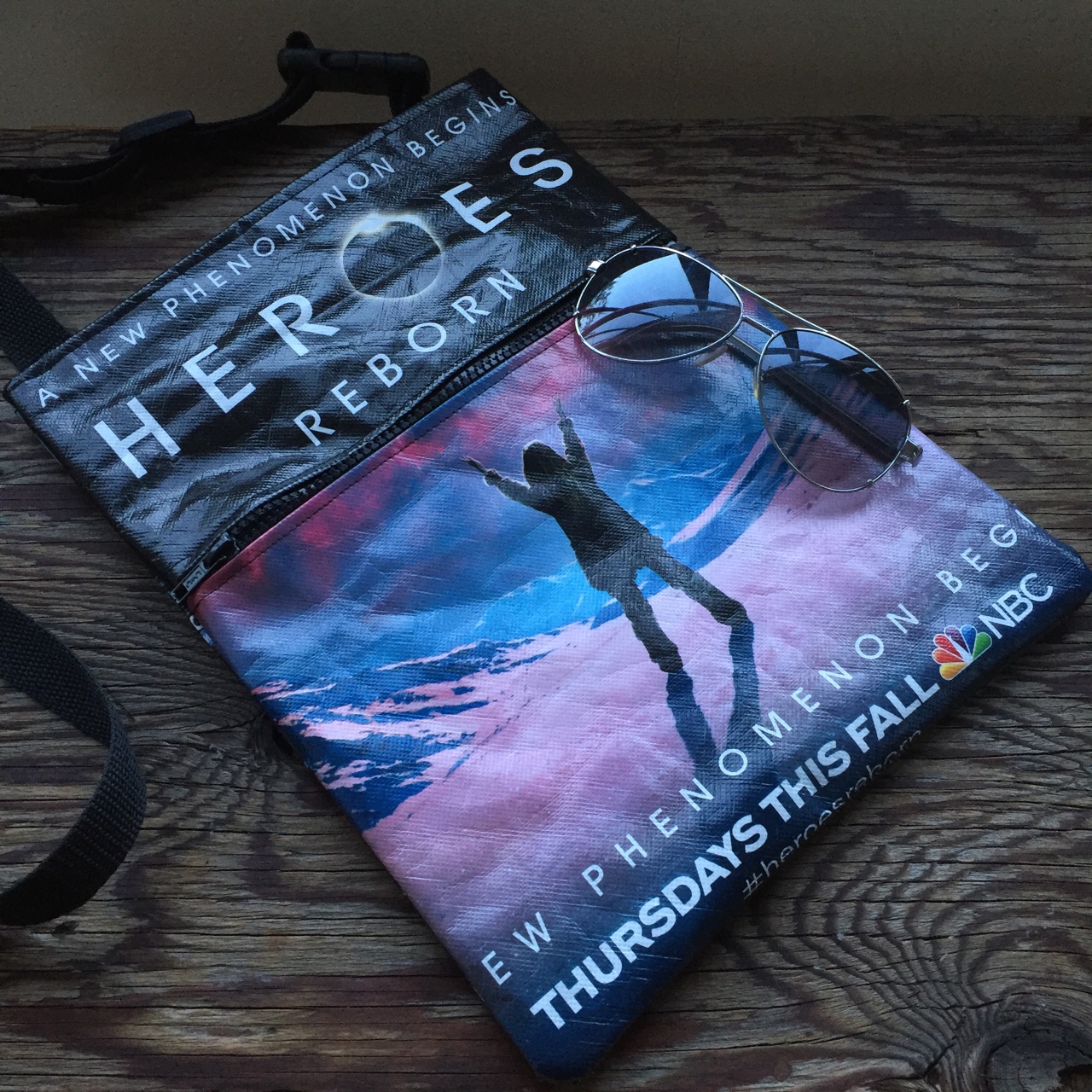 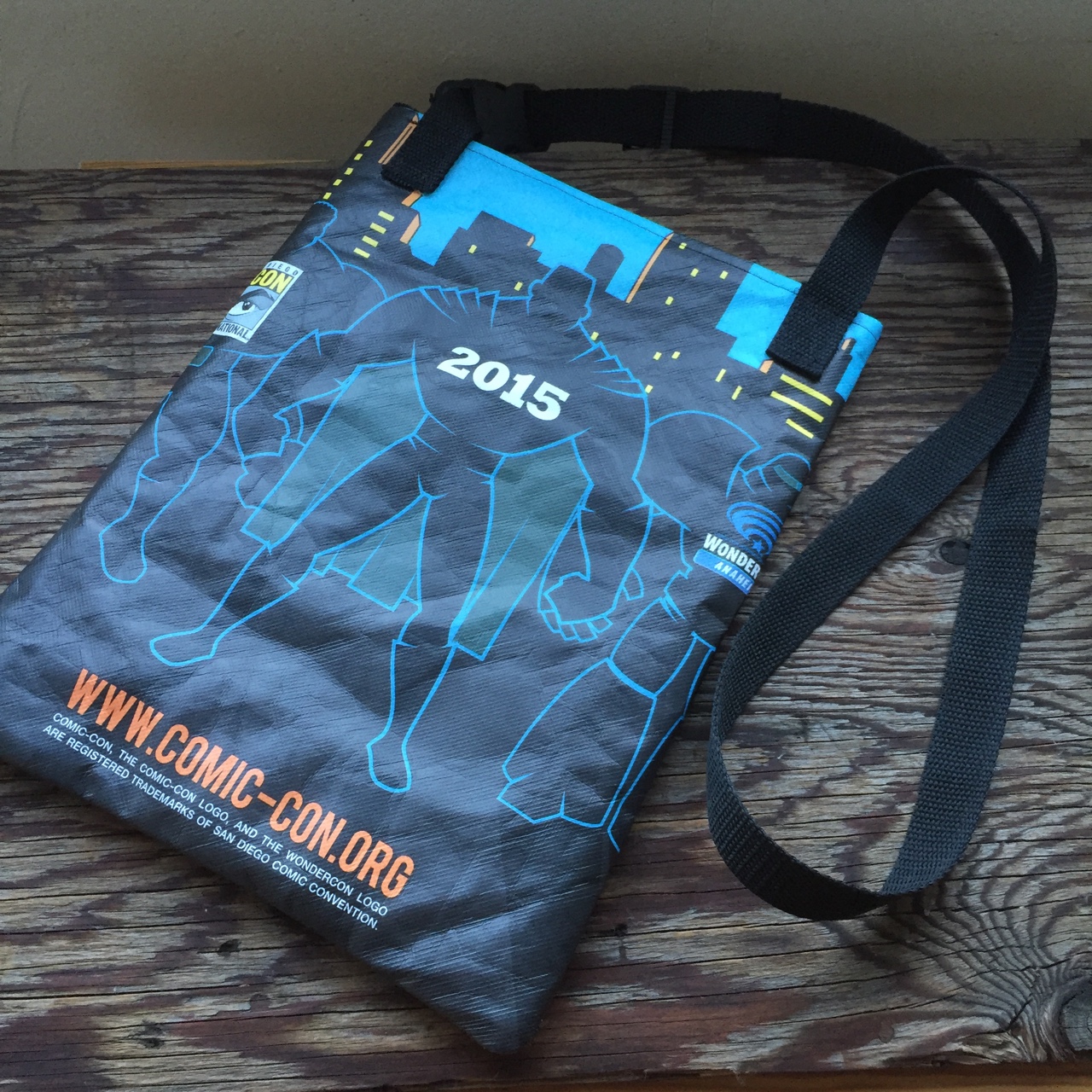 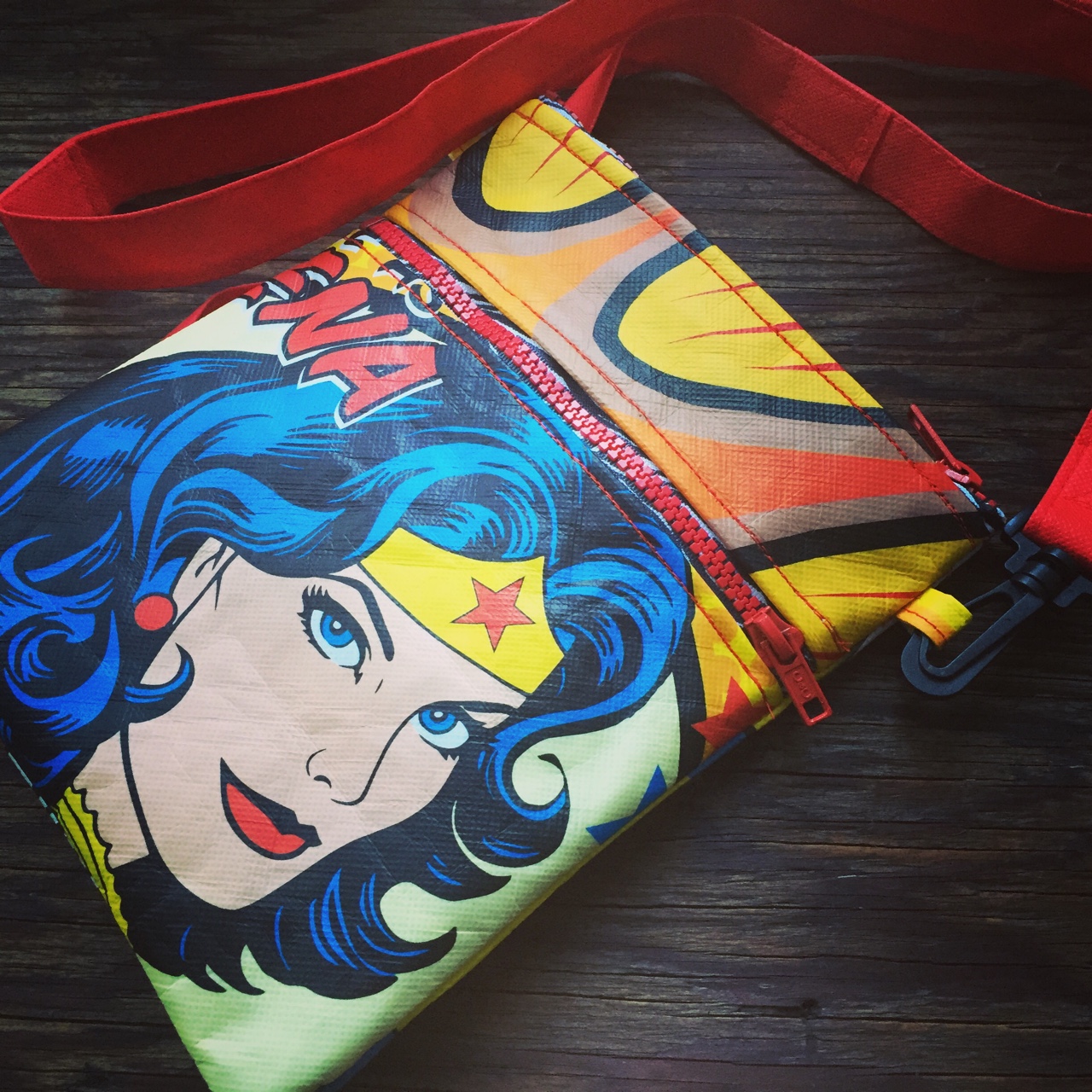 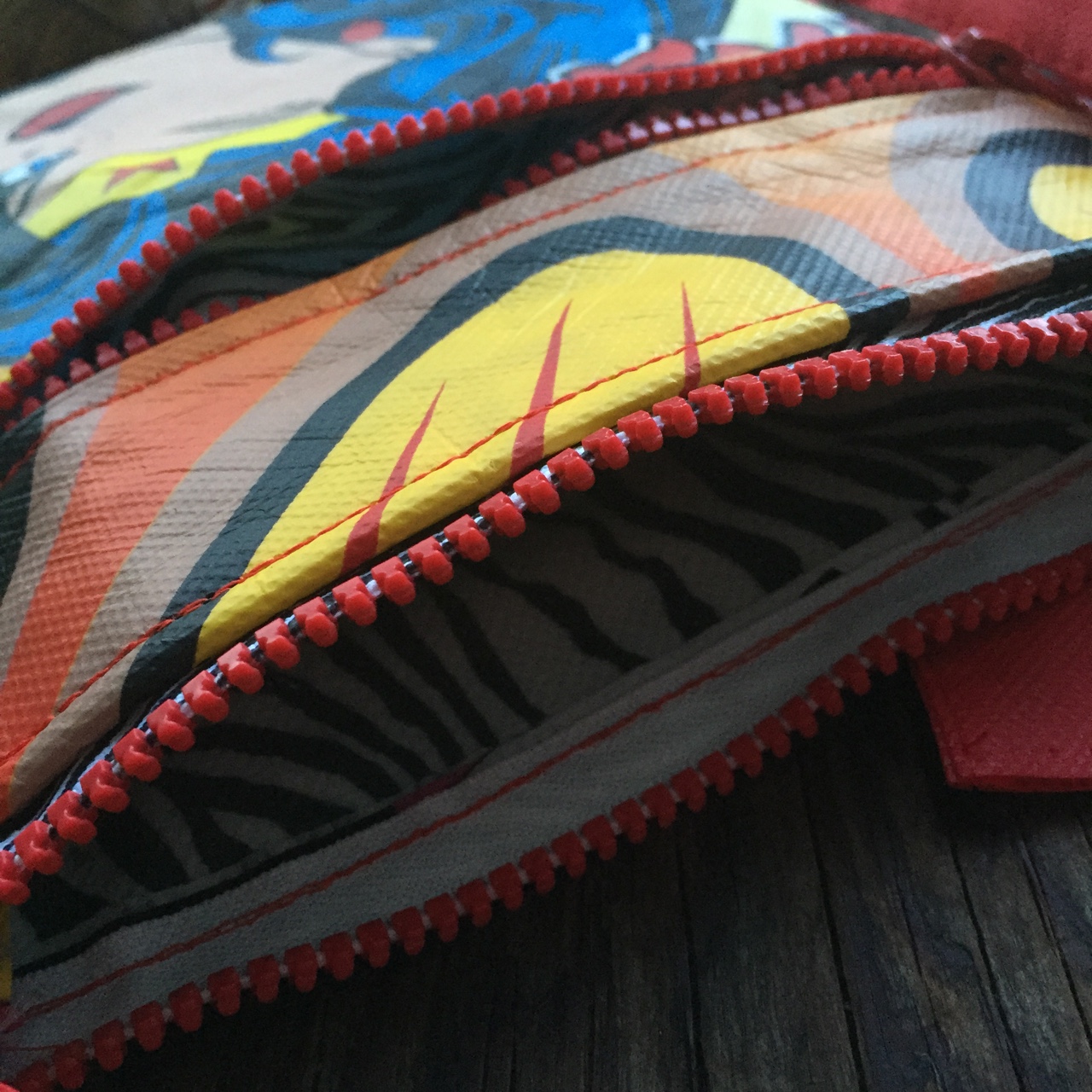 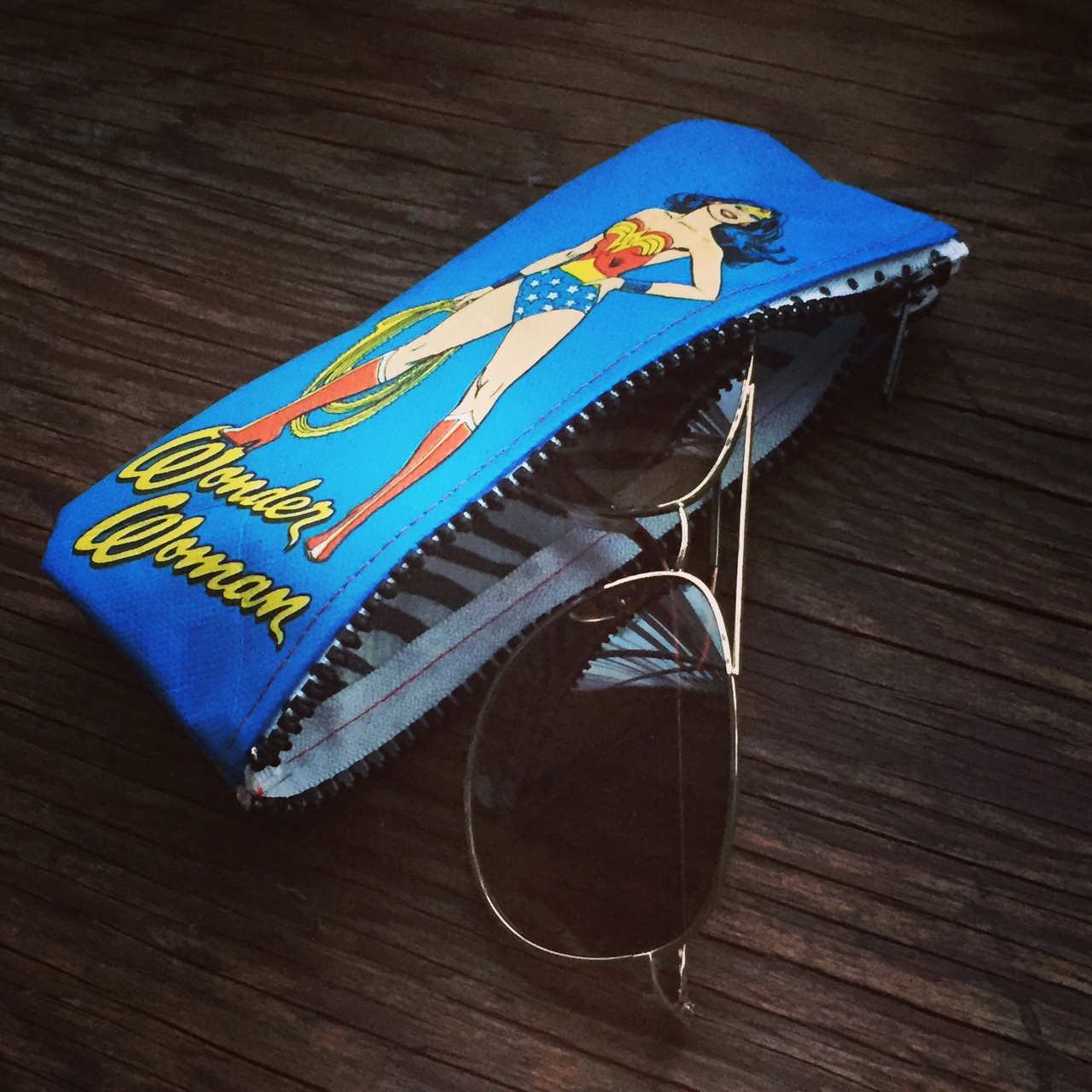 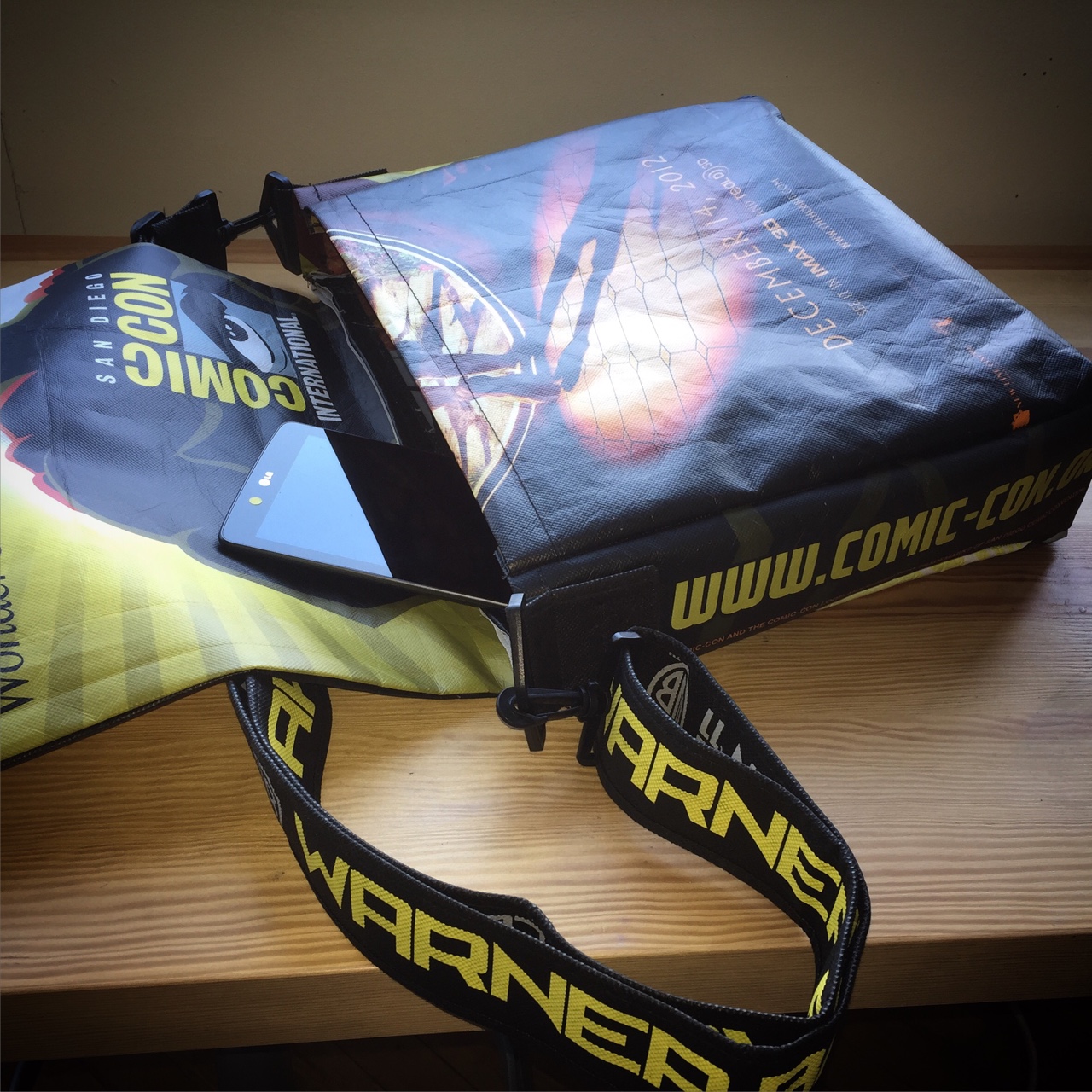 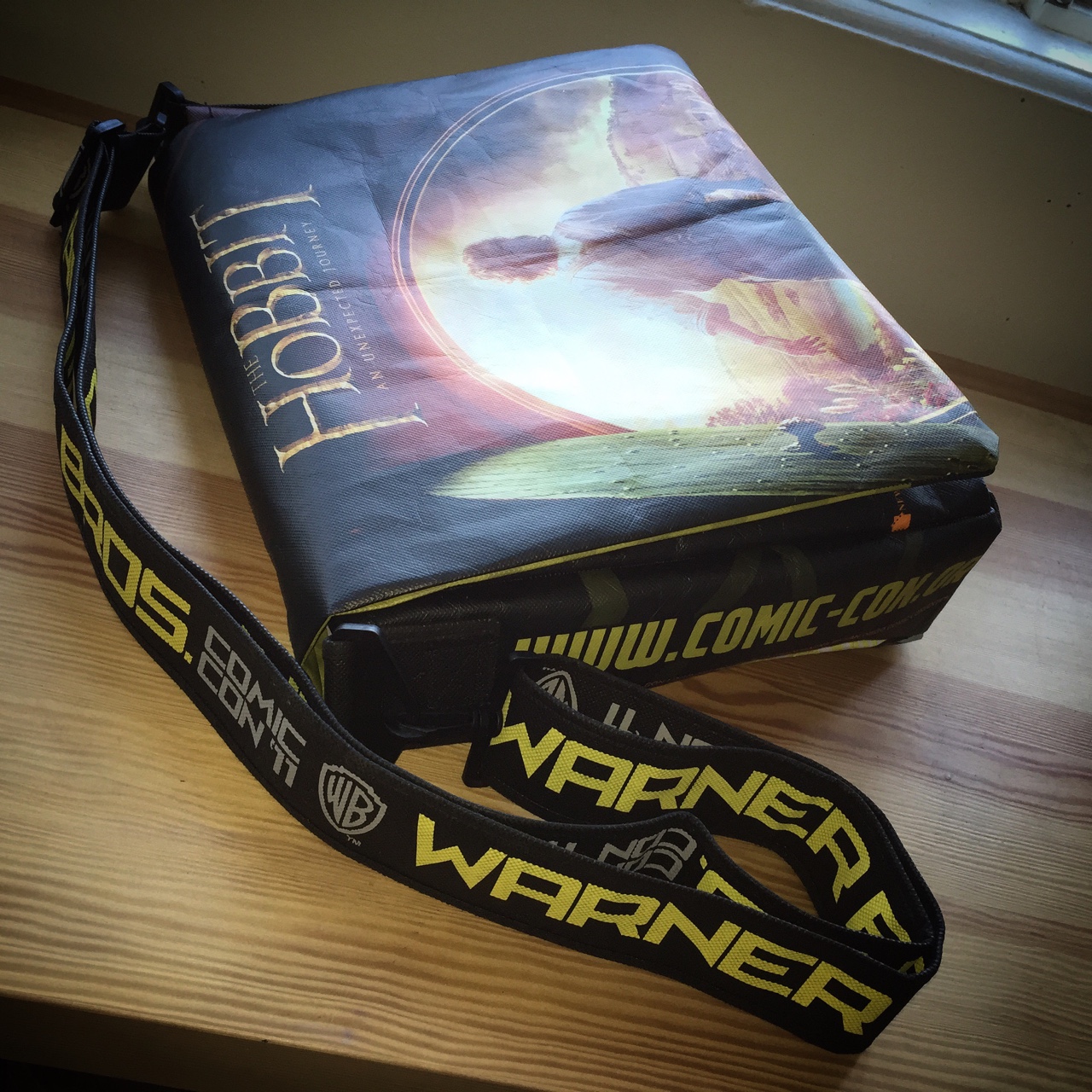 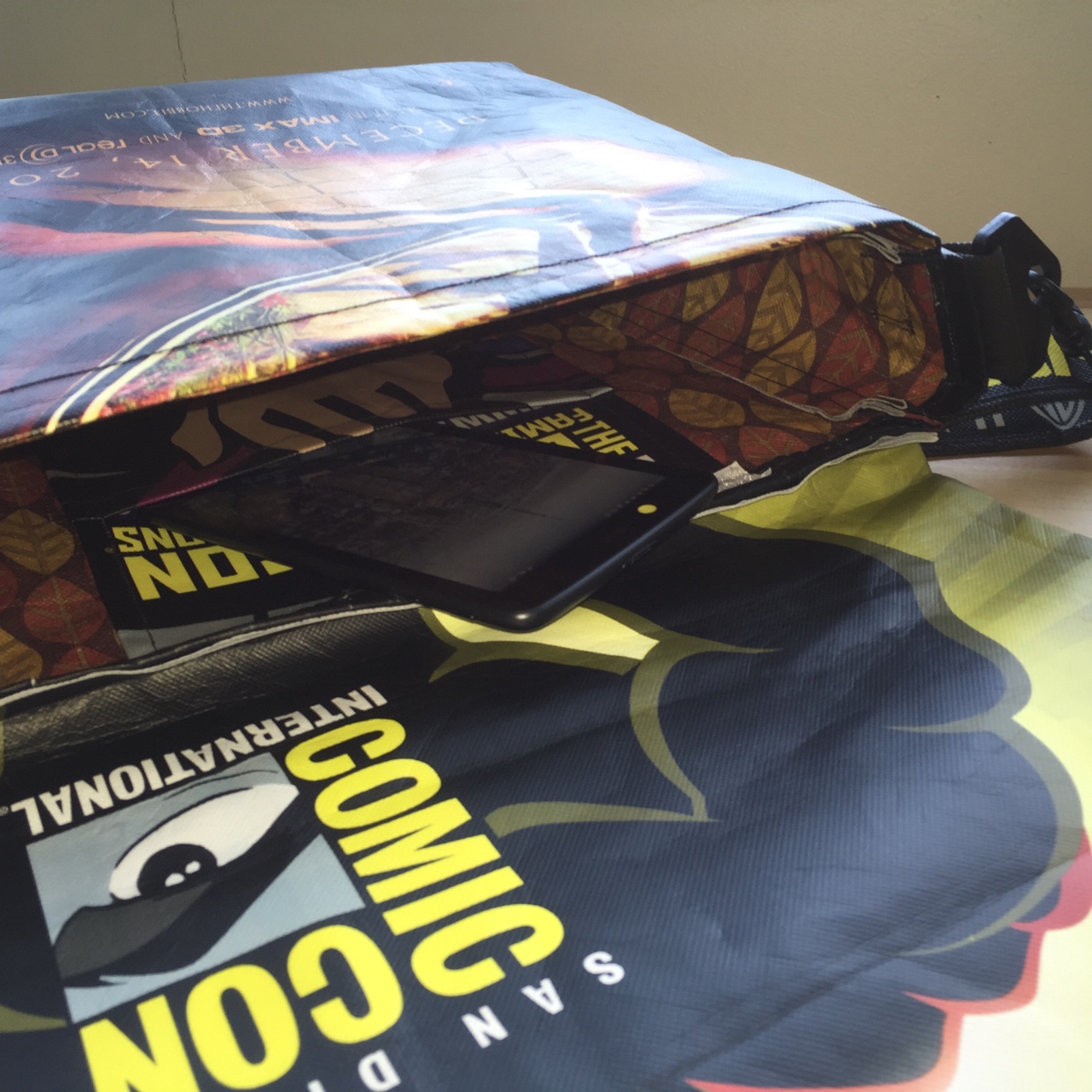 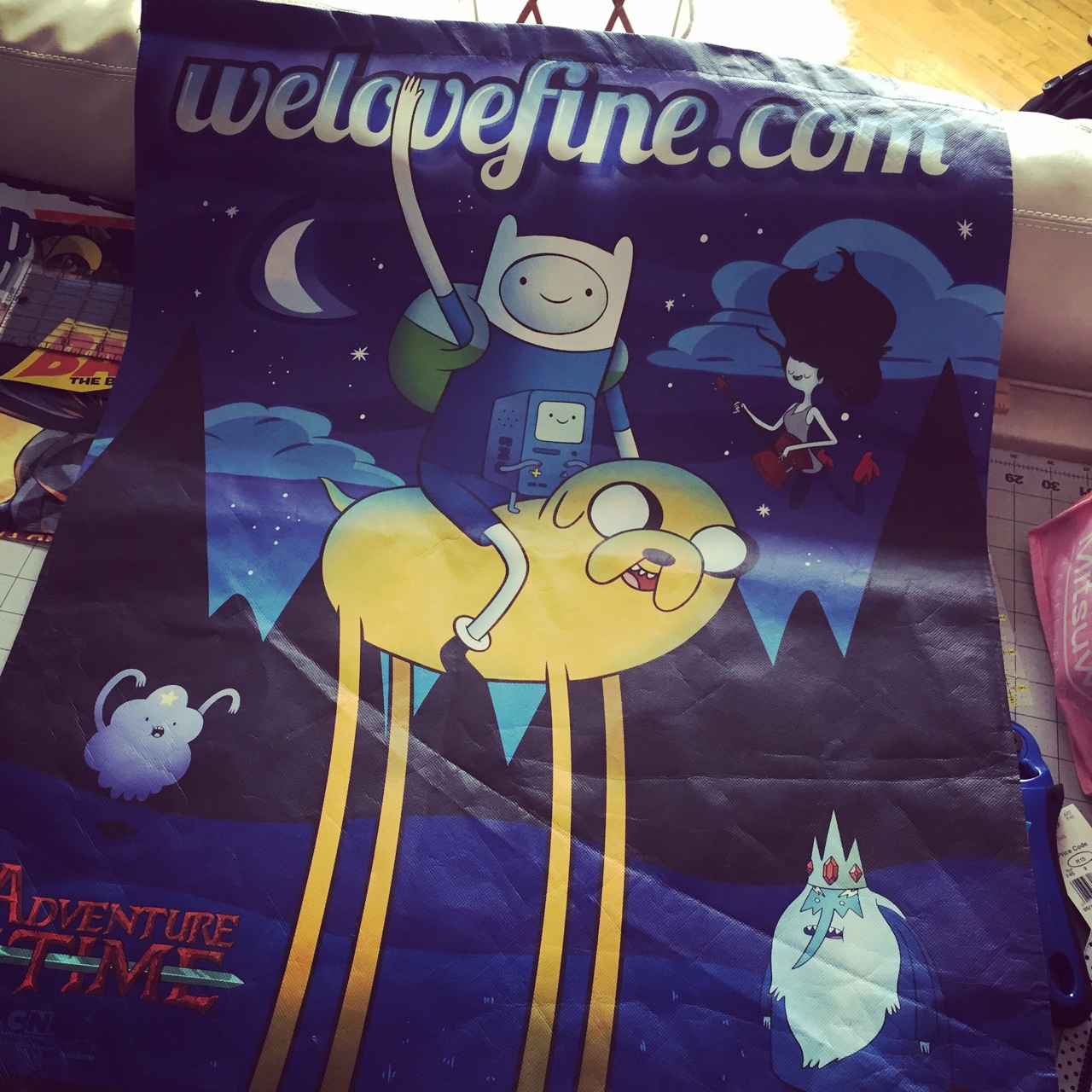 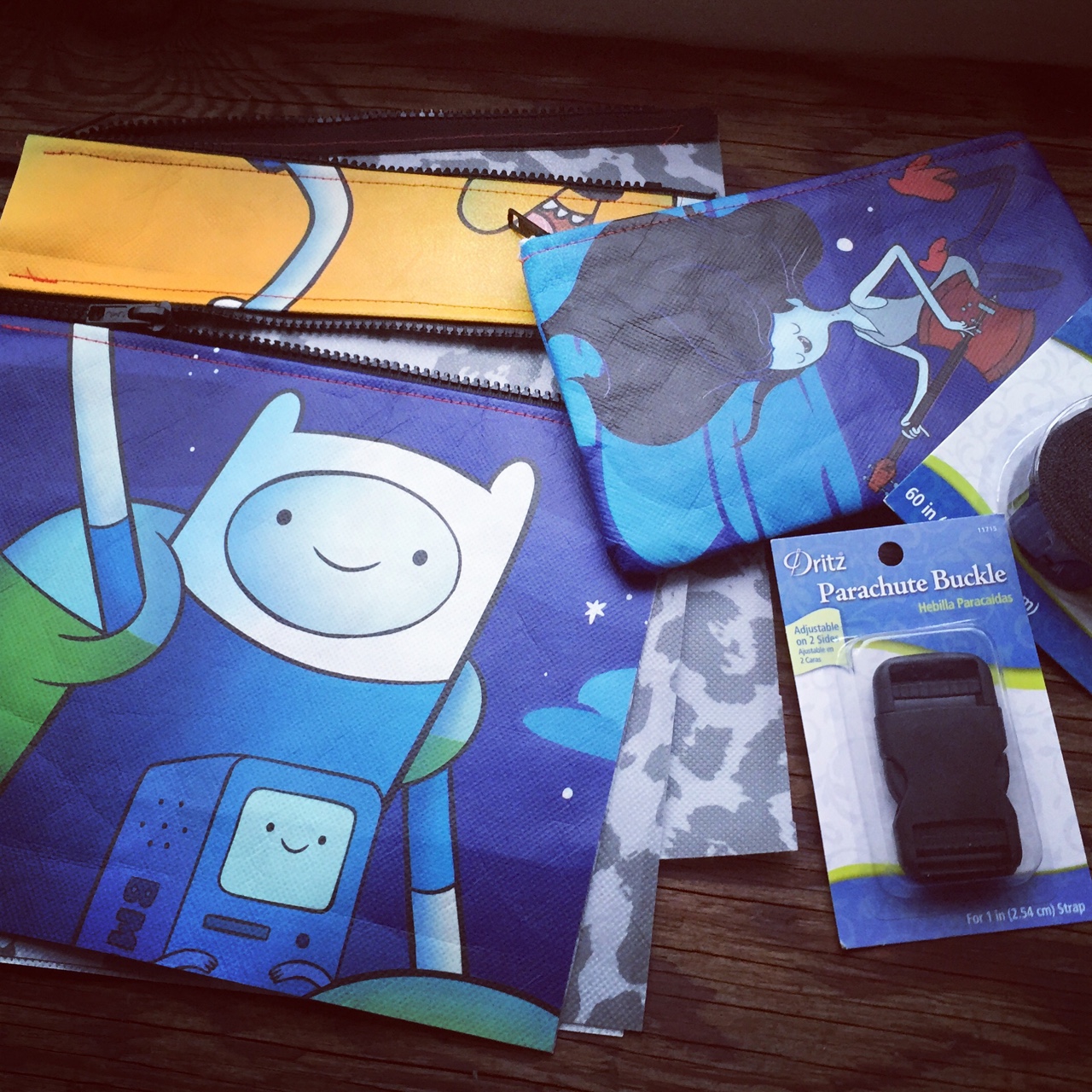 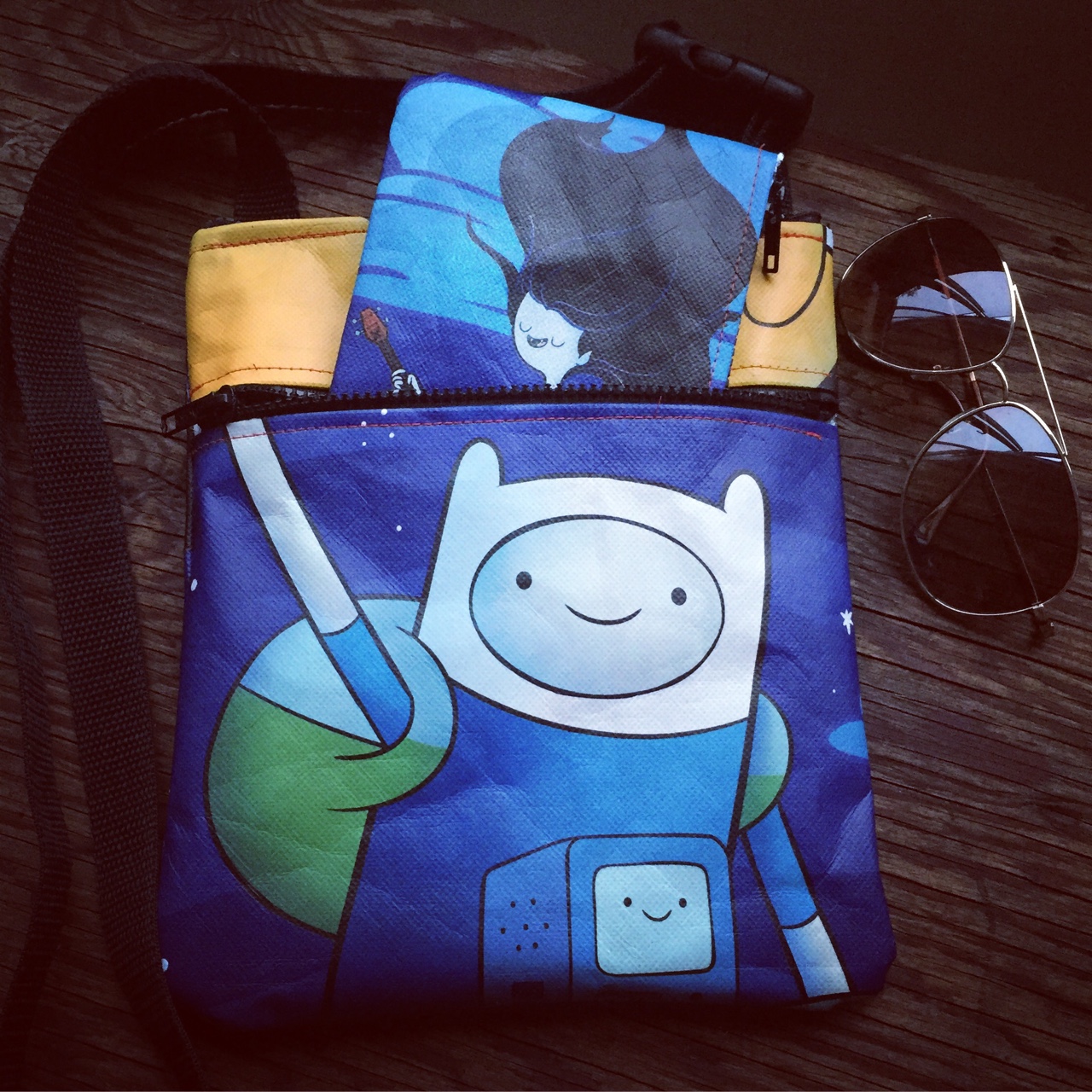 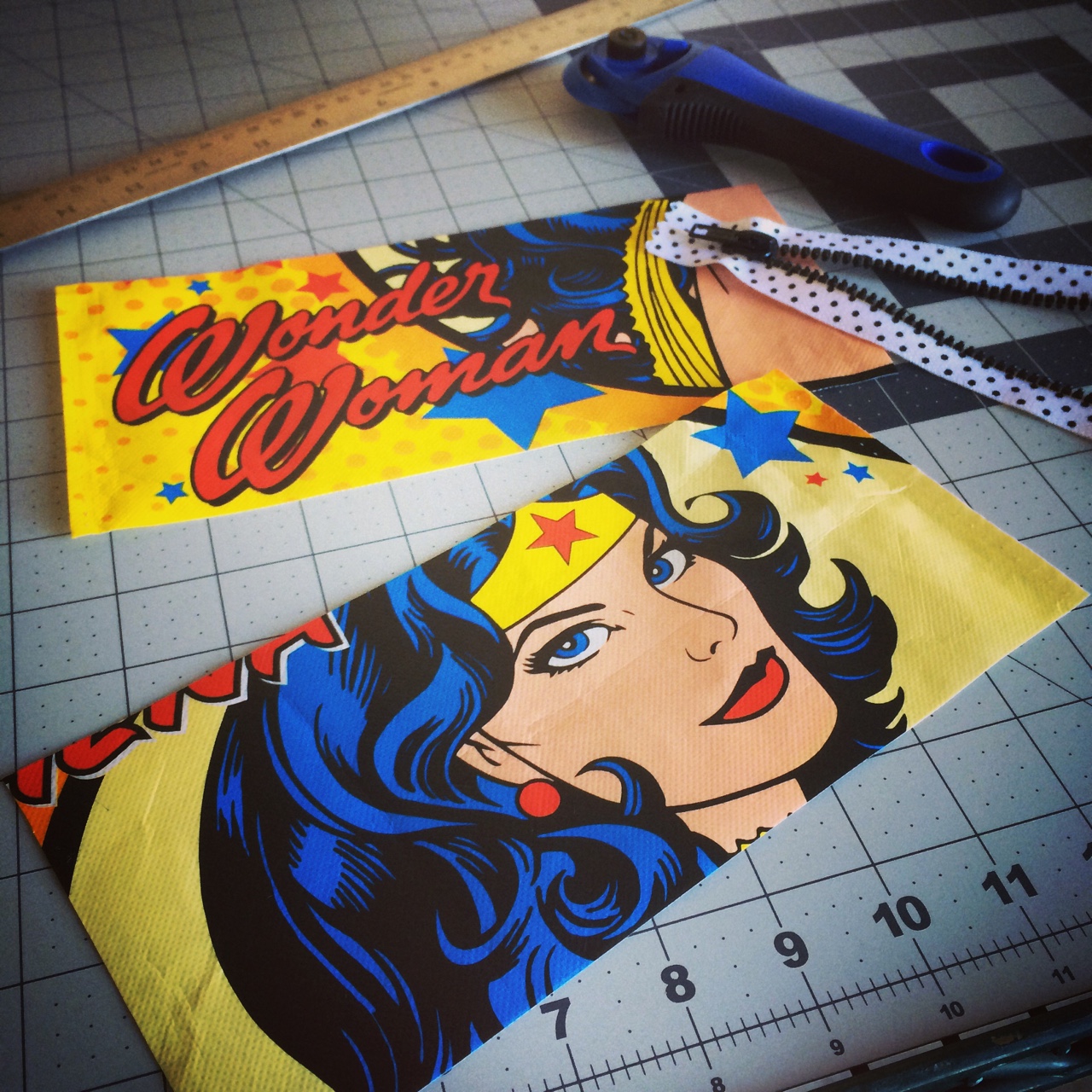 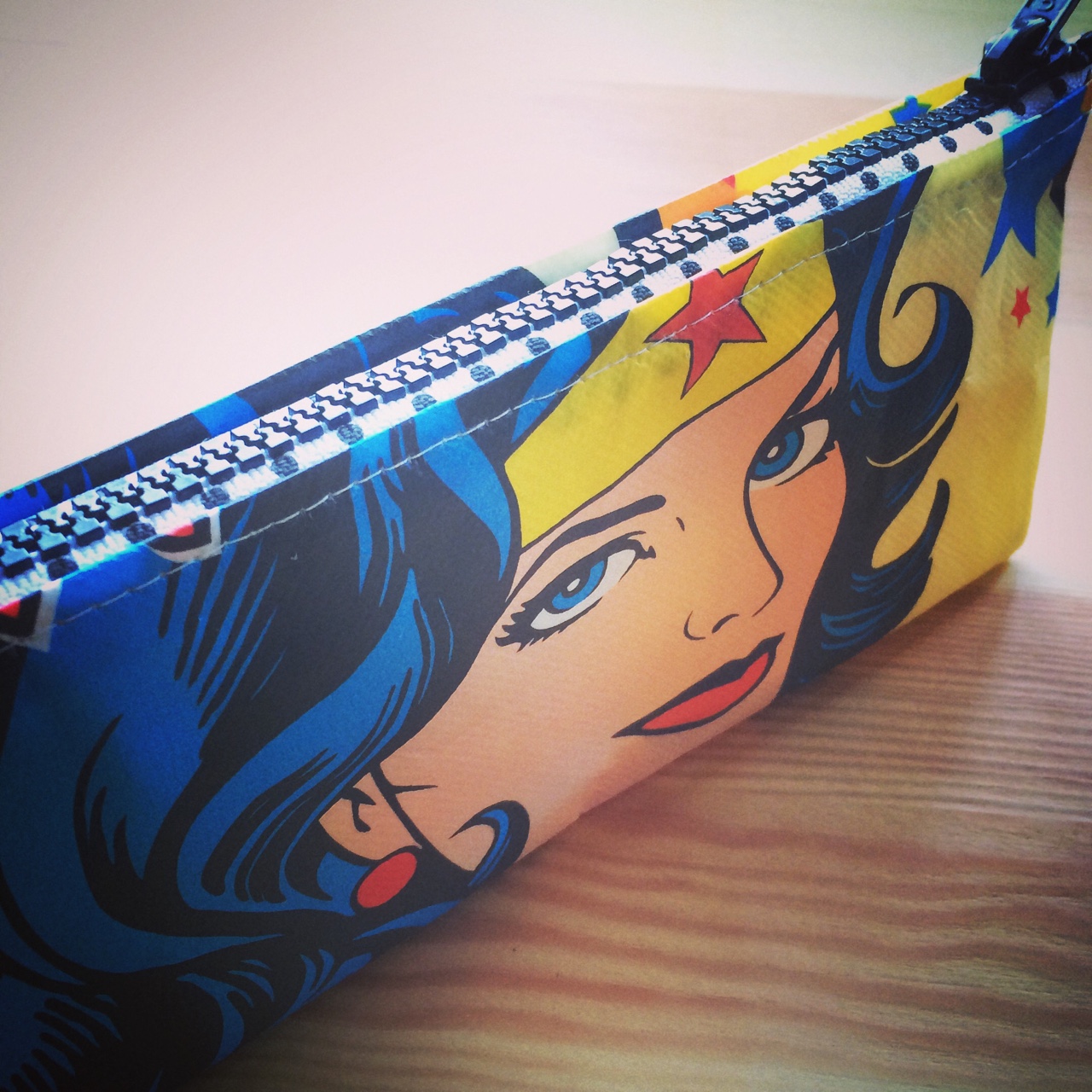 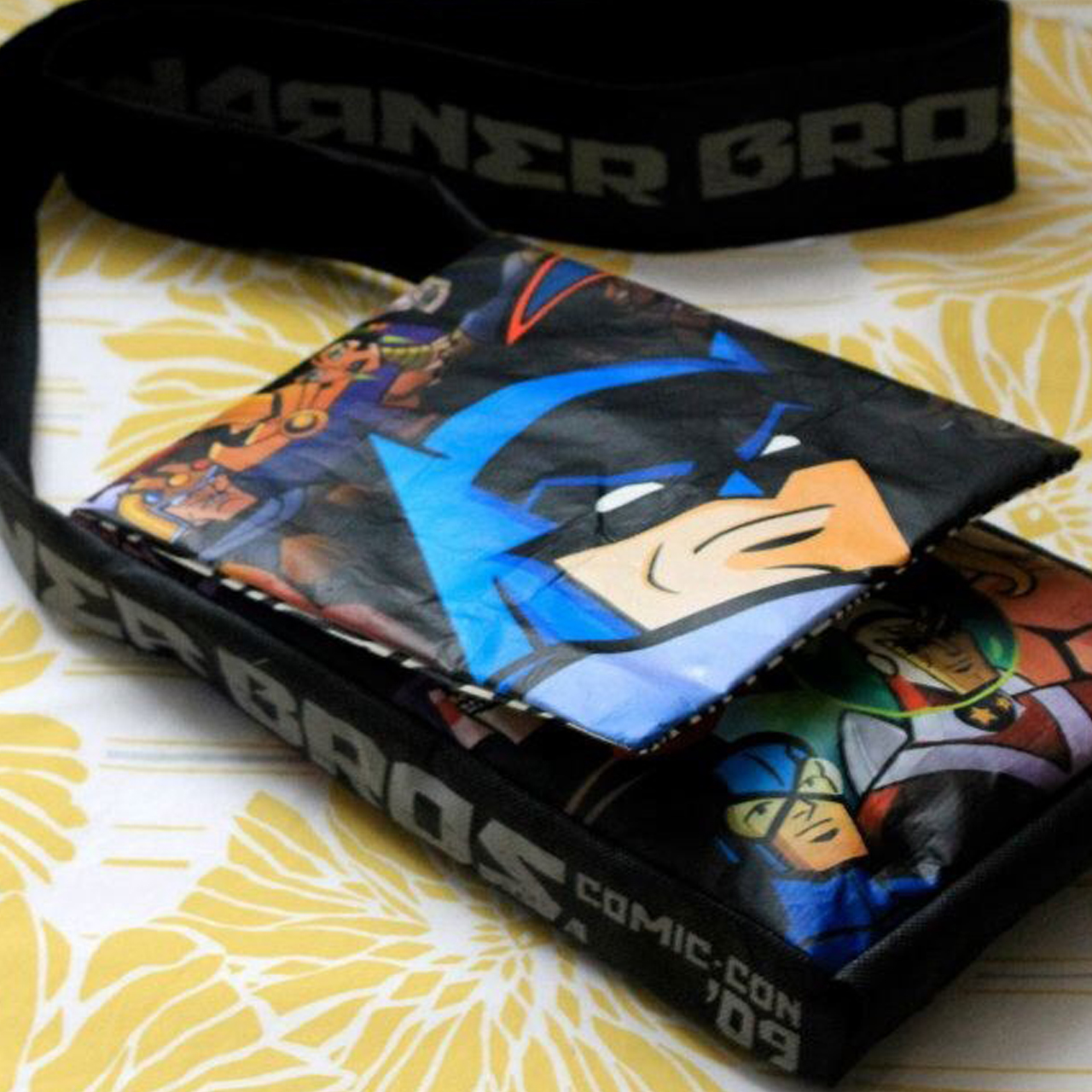 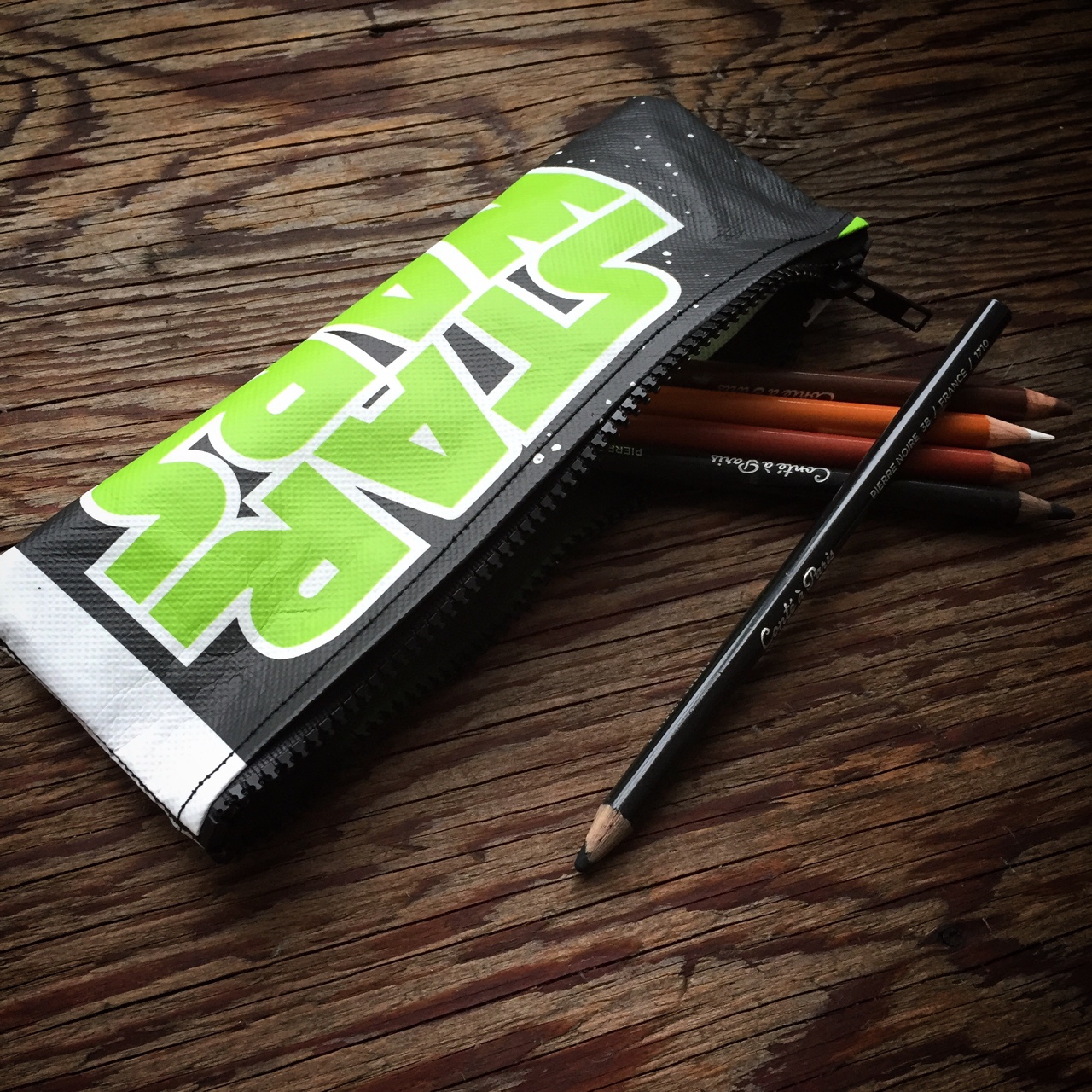 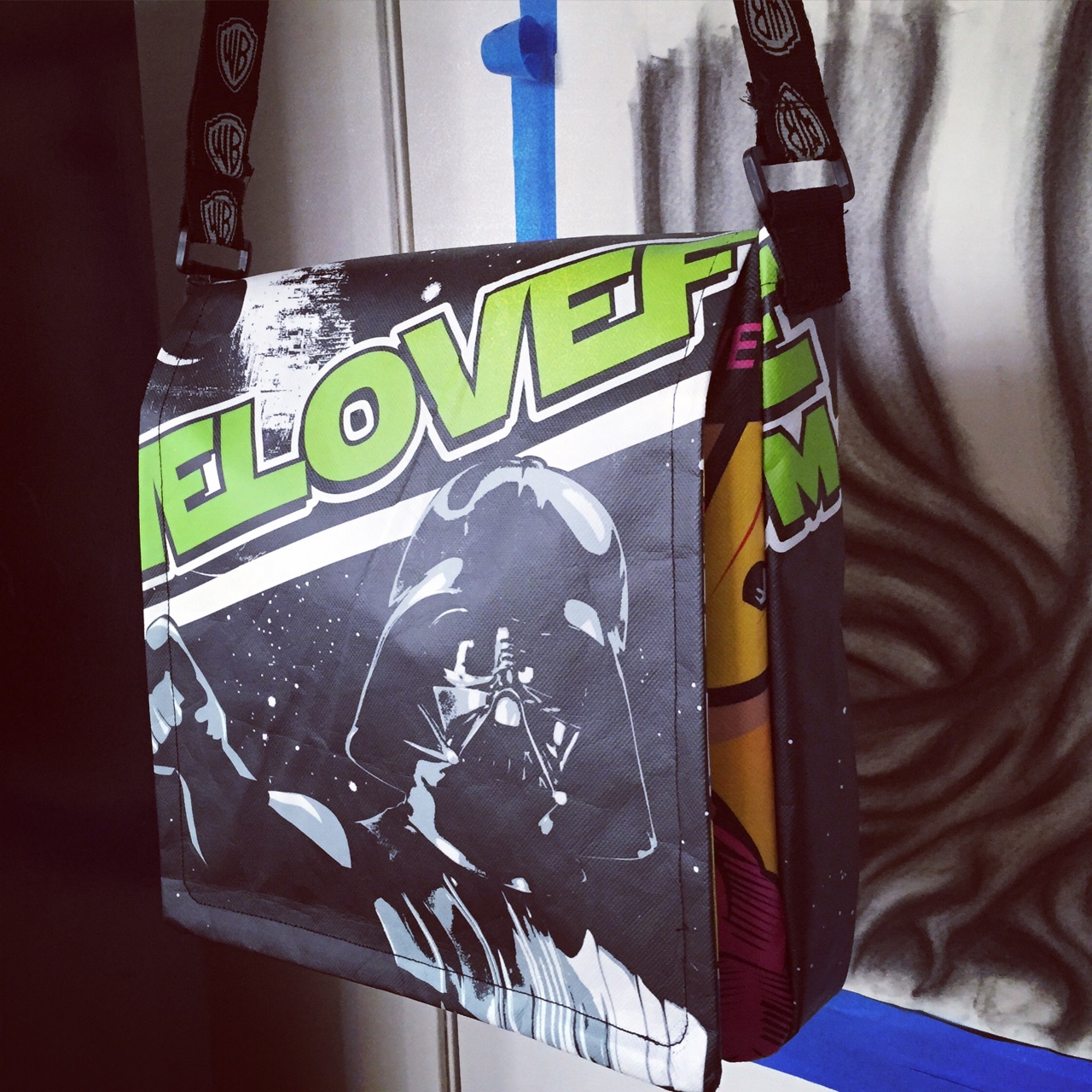 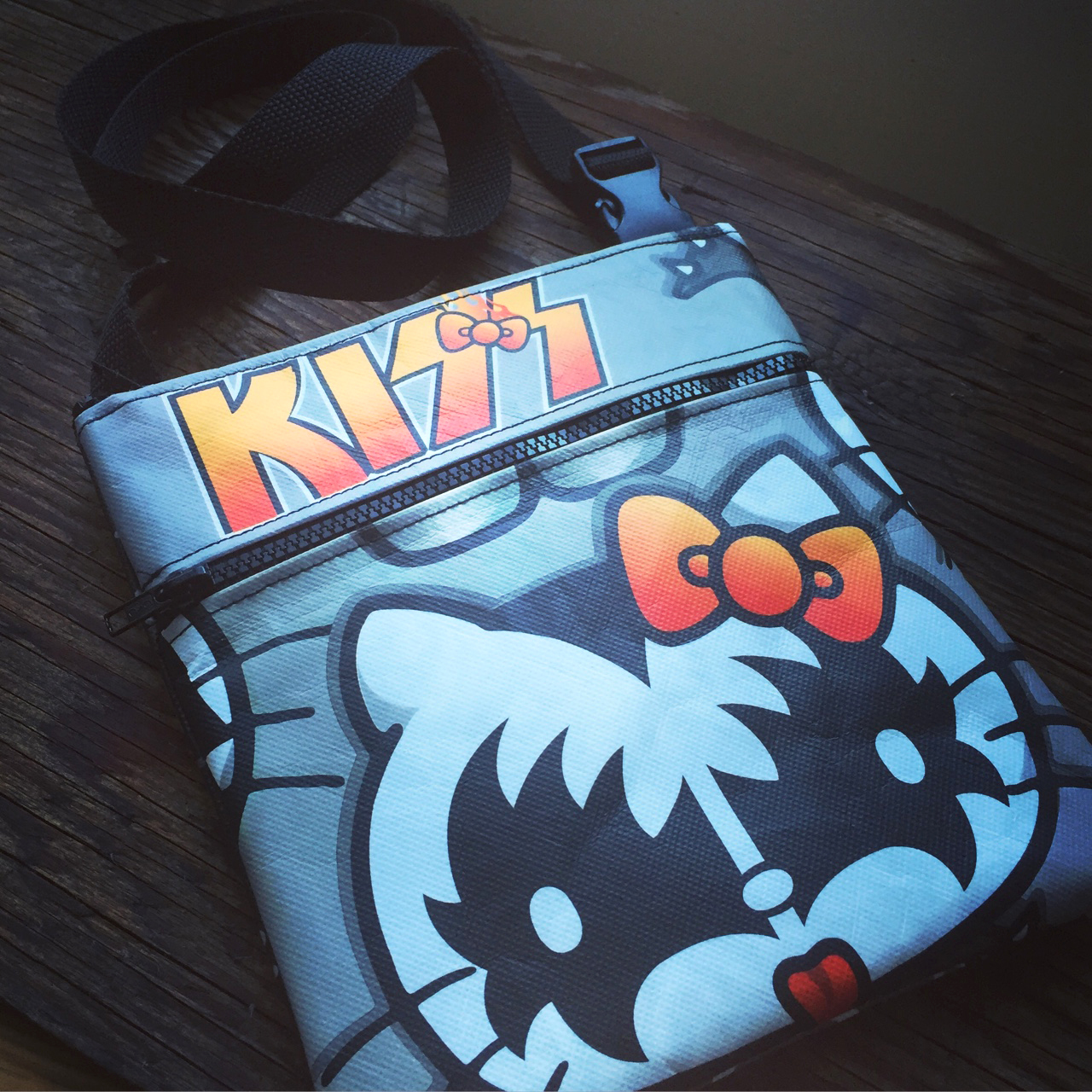